Wireless mice and FPS gaming generally don't go well together. Especially if you're aiming for a high tier of gaming. Mouse disconnect or lag can be the difference between a win and a loss. Logitech seems to have an answer for those of us who want a wireless mouse.

The wireless in this mouse has been fantastic. I've had no issues with it dropping or causing any issues when playing Apex. It has a dongle that plugs into your PC and that's it. It connects right in and off you go. The mouse can also wireless charge to if you use the special play mat for it. Logitech G pro Wireless Charging System mat costs extra of course. You can charge it with the included cable as well.

The mouse itself is super light which I did not expect for something with a battery in it. The mouse only weighs 2.88 ounces which is incredibly light. The Death Adder Chroma weighs in at 3.68 ounces and is a wired mousing so no battery for it. I really wasn't sure on how I would like such a light mouse, but so far it's not bad at all.

The software for the Logitech mouse is YEARS ahead of Razer. It's so easy and simple to get everything set up. I absolutely love the software when it comes to mice software. It's nice after years of Razer's software.

The G Pro mouse has a hero sensor in it. It's exclusive to Logitech and it's quite good. Although I can't really tell a difference between that and a Death Adder Chroma. They both seem pretty top of the line, but I absolutely am loving the G pro Wireless right now.

The mouse itself should be pretty durable.  It should be good for up to 50 million clicks. According to Logitech the feet of the mice should also be durable. It's constructed to assist with gamers who pick up there mouse to reposition. It is also an ambidextrous mouse. Meaning left and right handed players can use it. It feels fantastic as a right handed player. By default the mouse buttons are on the left side of the mouse, but that can be changed.

If you can stomach the price ~$150 its a fantastic mouse. I highly recommend if you want a top of the line wireless mouse. It's great for FPS gaming, and you should not have any issues. You can find the mouse on Amazon or from Logitech. 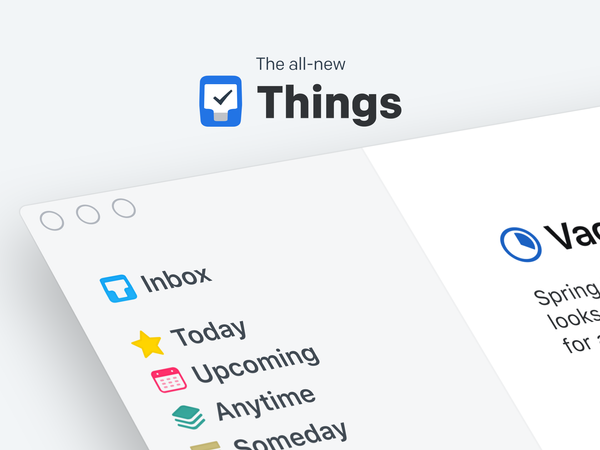 Get organized from anywhere. Things 3 has a fluid workflow that will keep you on track with your to do lists.

Apex Legends shaking up the battle royale scene with a surprise launch and over 10 million players in 3 days.